Ms. D. Bolormaa has been a herder as long as she could remember. After all, she has been herding since she was five years old. But when she was asked if she wants her only daughter to become a herder, her reply was a quick “No.”

“I don’t want my only daughter to be a herder,” said Bolormaa. “A herder’s life is risky.”

In the winter of 2009-2010, Mongolia experienced brutal and harsh winter. A sudden drop of temperature and a meter-high snowfall stayed throughout the winter.

That winter was devastating to Bolormaa, a 42 year old herder in Zavkhan province. She lost almost all of her animals – all of her sheep died along with 49 cows out of 50.

This type of winter disaster is called “Dzud” in Mongolia. The heavy snow make it impossible for the livestock to graze, freezing and starving them to death. In 2009 about 8.5 million livestock had died in Mongolia, which was approximately 20% of the country’s livestock population, and affected almost one third of Mongolia’s human population. (National Emergency Management Authority, 2010)

Dzud is a rare but recurring occurrence in Mongolia which often depletes livestock population. But due to global climate change, Dzud is expected to become more frequent and more extreme. Compounded by worsening land degradation, Mongolian herders’ lives are threatened more than ever.

“2010 was the most difficult time for me and my family, but I had to make it through,” said Bolormaa, particularly for her daughter who was then only two.

Before the Dzud, Bolormaa used to make and sell lambskin deel, a traditional Mongolian dress. When all of her sheep perished, however, she had to give up the business.

Bolormaa and her husband first sought to increase the number of their animals. After a decade of hard labour, they now own a total of 190 animals – 101 cows, 47 horses, and 45 goats and sheep.

With the milk she gets from her animals Bolormaa now makes dairy products. She processes everything herself to make dried curds, yellowish butter, cheese, cheese salad, and reserve frozen milk during winter time.

But it is not easy to find a place to sell.

An exhibition in a provincial center is one of the few places, but the event happens only twice a year. Like many other herders, Bolormaa wants to sell her dairy products in the markets. According to the current regulation, however, herders are not allowed to trade in markets in an open space. They are often expelled out of the market when they are found selling outside.

In May, Bolormaa attended Social Entrepreneurship Training at her village center where she shared her business ideas with the fellow herders. During the discussion Bolormaa argued that from April to November is the good time for the herders to sell their animal products and make extra income, and she hopes that the local authorities help them by providing a space to sell her products.

"The herders want to have steady income,” said Bolormaa. “I will be happy to collaborate with other herders if the project helps them own sustainable business."

The training was conducted as a part of the United Nations Joint Programme “Extending social protection to herders with enhanced shock responsiveness,” jointly implemented by the FAO, ILO, UNFPA and UNICEF in Mongolia, under the coordination of the UN Resident Coordinator of Mongolia. The programme seeks to support high risk herders and rural families and children and reduce their vulnerabilities to poverty and climate change. 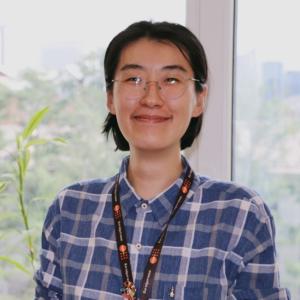