The United Nations (UN) in Mongolia welcomes the Government’s Resolution No.57 of 30 January 2019 and the Labour Minister’s Order No.A/36 of 8 February 2016 to ban engagement of children in winter and spring horse races and related activities. These are the progressive steps made by the Government of Mongolia to protect the rights of the child. The UN also appreciates the reassurance of Mongolia’s commitment to promote child development and protection communicated by the Speaker of the Parliament Mr. Zandanshatar Gombojav on the occation of the 30th Anniversary of the Convention on the Rights of the Child.

The UN expresses its full trust in the Government’s oversight and the stakeholders’ due monitoring in implementing Government’s Resolution No.57 and Minister’s Order No.A/36.However, the UN is concerned that, the draft law on changes and amendments to the Law on National Festival, uploaded on www.parliament.mnfor public opinion and Parliament discussion, will violate the fundamental human rights of children employed and/or recruited as a jockey, if approved.

With the rise in business interest inhorse races, it can be inferred that the traditionaland cultural nature of the practice has been eroded. Instead it has become a highly commercialized activity that constituteschild labour and traffickingwhen children are recruited as jockeys. Researchers warn that,on average,two child jockeys die per year from accidents and many dozens of children sustain life-long injuries that result in disability[1].

As a UN Member State that has ratified many of the core international human rights treaties including  the Convention on the Rights of the Child, International Covenant on Civil and Political Rights; International Covenant on Economic, Social and Cultural Rights,and  the International Labour Organization’s Convention on Worst Forms of Child Labour (No. 182), Mongolia has taken the commitment to adhere to internationally recognized principles and standards in protecting and promoting children’s rights.These international standards have been reflectedinto domestic legislation in Mongolia including the Law on the Rights of the Child (2016) and Law on Child Protection (2016) which prohibits violence and exploitation of children.

The Committee on the Rights of the Child (2017), the Committee on Economic, Social and Cultural Rights (2015),Human Rights Committee (2017) as well as the ILO Committee of Experts on the Application of Conventions and Recommendations (2015)has issued observations recallingthat “horse racing is inherently dangerous to the health and safety of children” and urged the Government of Mongoliato take the “necessary measures in law and in practice, to ensure that no child under 18 years of age is employed as a horse jockey”and“to take measures to eliminate child labour, including measures to prohibit the employment of children as jockeys.”

The UN calls on the Mongolian people and relevant stakeholders, including national and local governments, animal owners and trainers including that of horse and camel, parents, guardians, business enterprises, caregivers and the public, to respect Mongolia’s commitments under international human rights law.

The UN in Mongolia remains committed to working with the Government of Mongolia to protect the rights of every child. 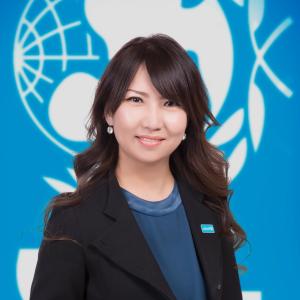