Mongolian Peacekeepers in the Spotlight

29 May - UN Peacekeepers' day: Mongolia has become the 23rd largest troops contributor to the United Nations Peacekeeping operations since 2002. 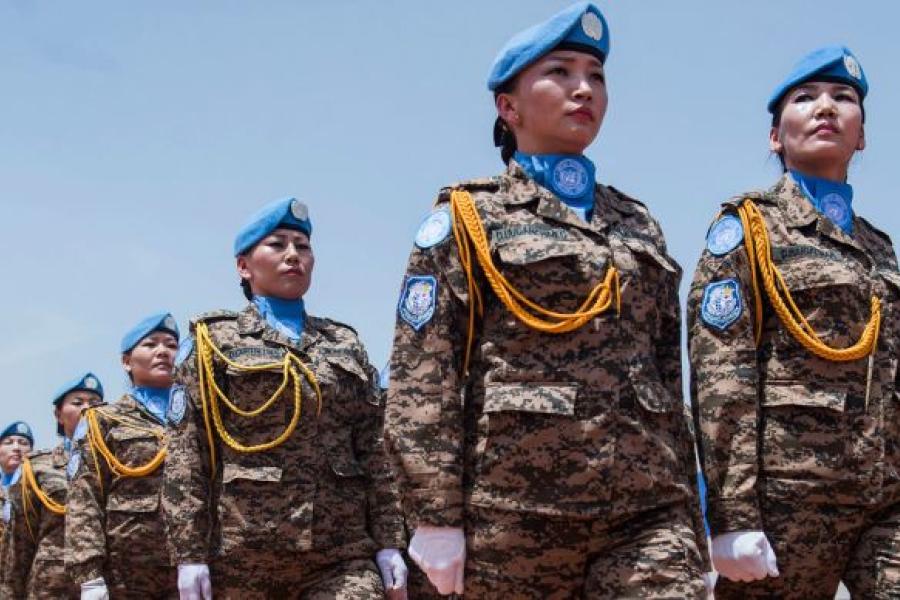 Mongolia observes the International Day of the UN Peacekeepers on 28-29 May. The UN pays tribute to the uniformed and civilian personnel’s invaluable contribution to the work of the Organization and to honour more than 4,000 peacekeepers who have lost their lives serving under the UN flag since 1948, including 130 last year.

This day is very significant for Mongolia, which ranks 23rd country in the world with its significant contribution of peacekeepers to the United Nations. The celebration of this day becomes even more meaningful as Mongolia commemorates the 60th anniversary of Mongolia’s accession to the United Nations and the 100th anniversary of the Mongolian modern Armed Forces in 2021.

“On behalf of the United Nations in Mongolia, I express our deep gratitude to Mongolia and all peacekeepers who have served in some of the world’s most challenging hotspots to protect the vulnerable and help to build peace,” said Tapan Mishra in his congratulatory message to the UN peacekeepers in Mongolia.

“I am proud that I participated in the UN’s peacekeeping operation in the Republic of Sudan in 2014 and provided most needed medical help to more than 6000 people, including UN staff and civilians in Sudan”, said Sergeant B. Dulamsuren, 34, female, who served as a personnel officer and diagnosis recorder in the Mongolian Level II Hospital Unit in UNAMID. 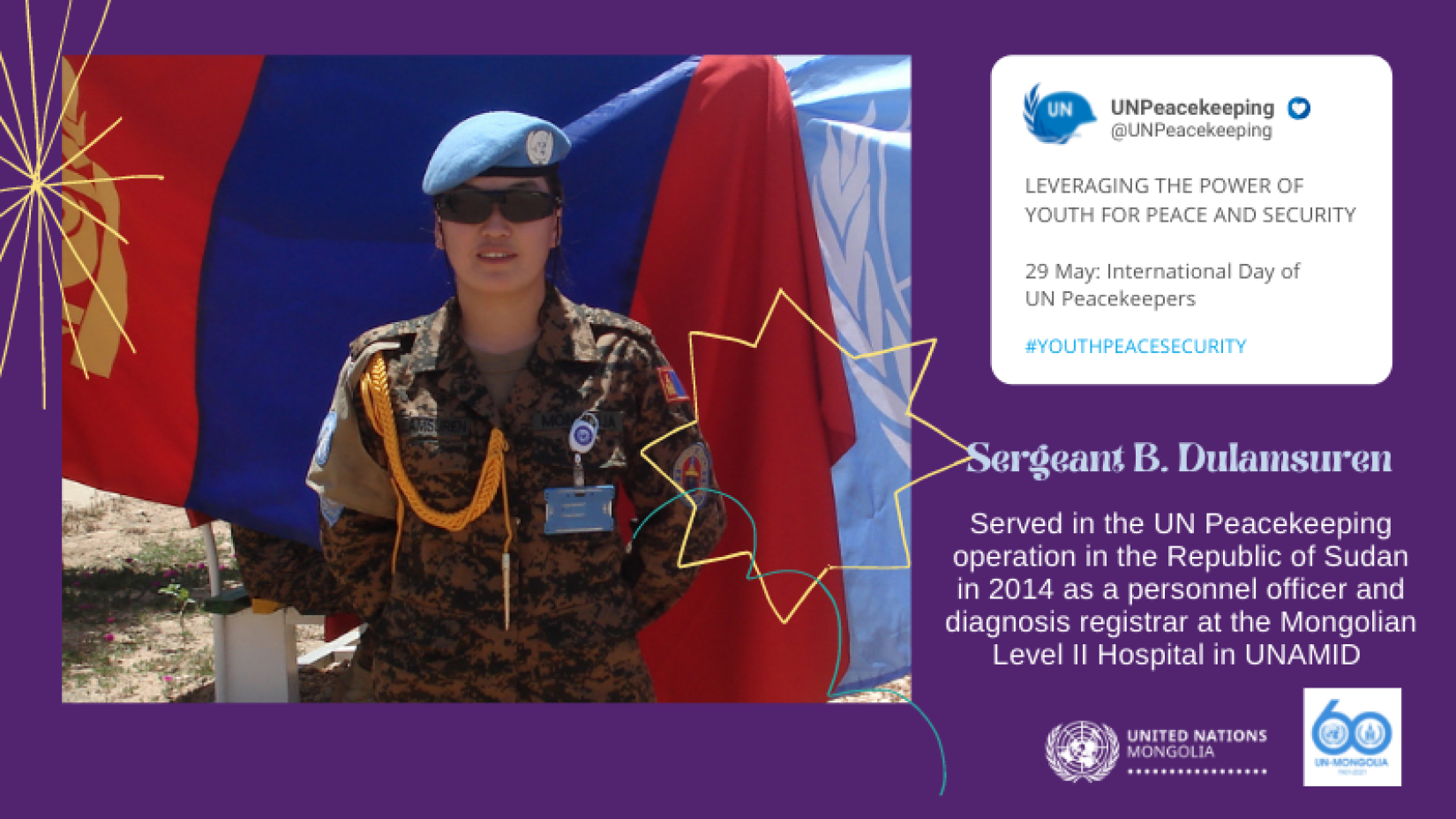 She is one of the 732 Mongolian female peacekeepers. Mongolia has sent more than 18,000 troops to UN peacekeeping operations around the globe.

Even today, there are 900 Mongolian peacekeepers, in Abyei, the Democratic Republic of the Congo, South Sudan, the Western Sahara and Yemen under the UN mandate to support and assist in creating a safe and secure environment in the conflict zones and protect civilians from violence.

“We salute the dedication and bravery of the Mongolian peacekeepers, whom many of the civilians in the Republic of South Sudan and other regions trust for their safety and security. Their commitment to the world peace is both UN’s and Mongolia’s pride,” said Jean-Pierre Lacroix, Under-Secretary-General for Peace Operations.

“One of my greatest fulfilment was my involvement in the release of three civilians who were abducted by the armed rebels against the Government in South Sudan”,  said Sr Sergeant G. Tsasbayar, who served twice in UN Peacekeeping operations, in Sierra-Leone in 2009 and in South Sudan in 2016-2017. 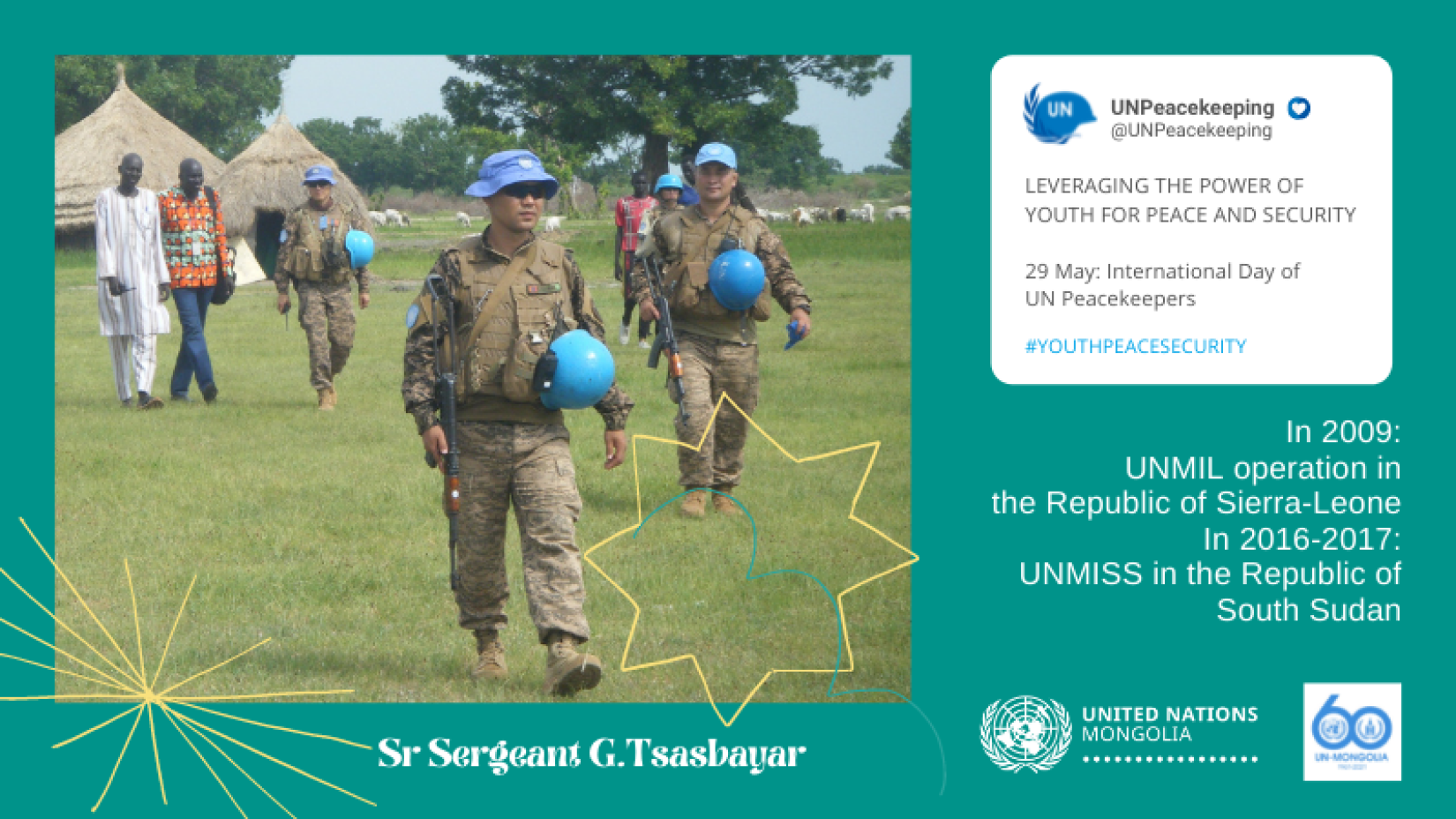 Sr Sergeant Ch. Sereenen, 34, who has recently returned from the UNMISS mission, said that he, as a military observer in the UNMISS operations during 2019-2021, has helped the local authorities and communities in the awareness-raising and prevention from the spread of the COVID-19 pandemic among the local communities who often lack information and are not aware of the  deadly global pandemic due to the situation in conflict and unrest. 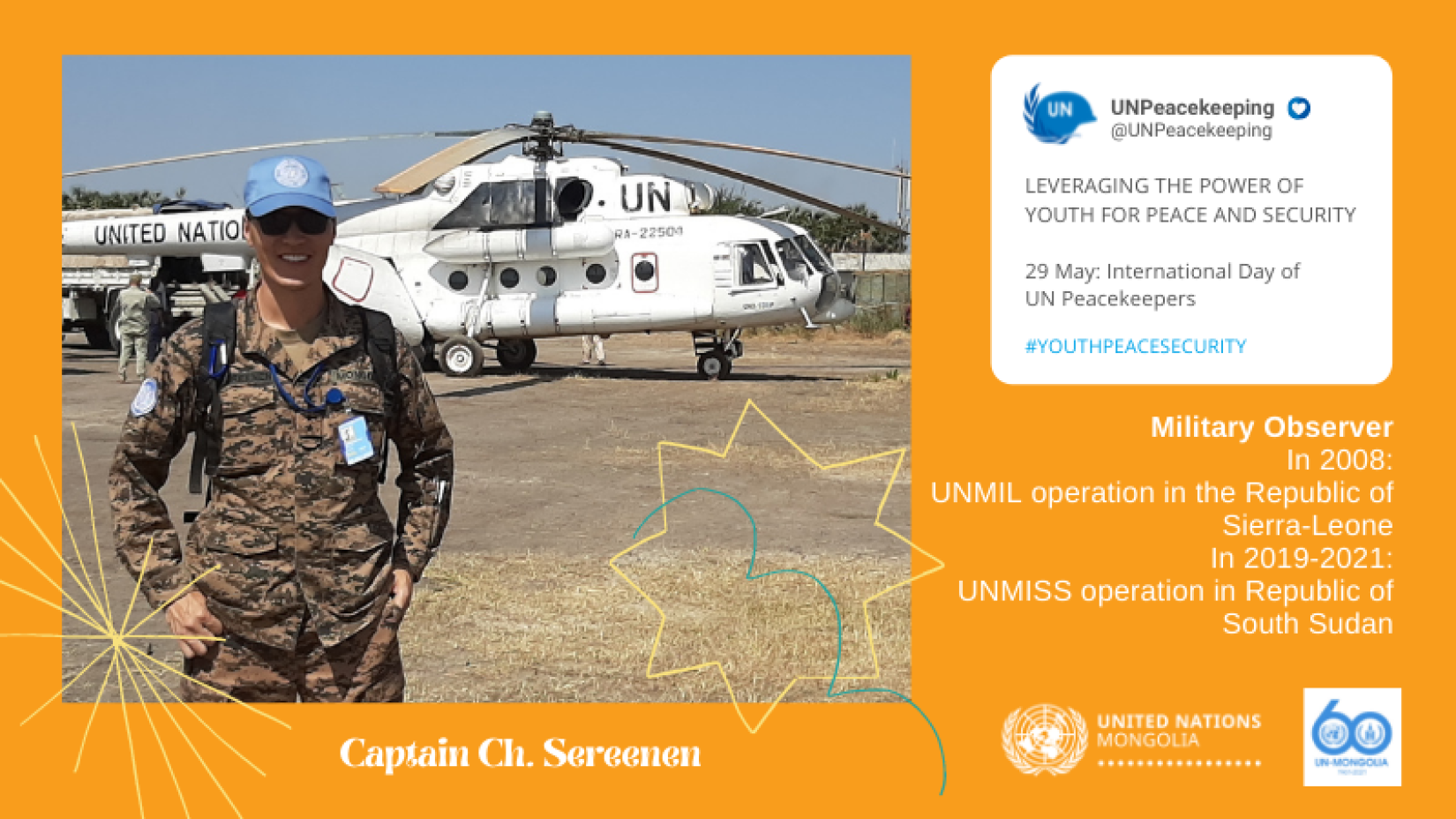 Jean-Pierre Lacroix said: “I honor our young peacekeepers who bring energy and innovation, and serve as role models to youth populations working tirelessly to ensure meaningful representation and participation in political processes.”

The General Assembly designated 29 May as the International Day of UN Peacekeepers in commemoration of the day in 1948 when the UN’s first peacekeeping mission, the UN Truce Supervision Organization (UNTSO), began operations in Palestine.

Since then, more than 1 million women and men have served in 72 UN peacekeeping operations, directly impacting millions of people, and saving countless lives. Today, UN Peacekeeping deploys more than 89,000 military, police and civilian personnel in 12 operations. 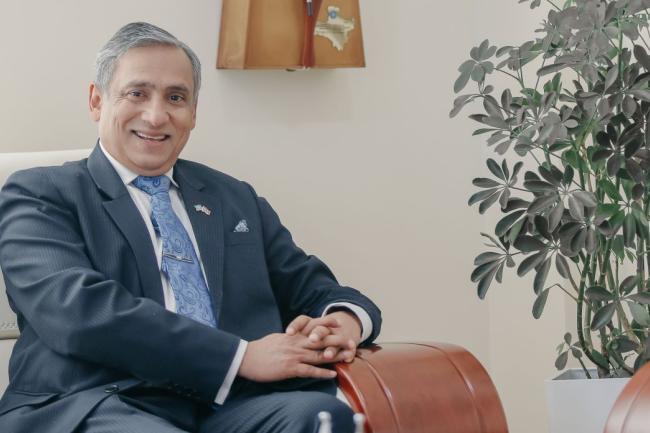 Tapan Mishra: We must create a culture of zero tolerance to violence and harassment in all society 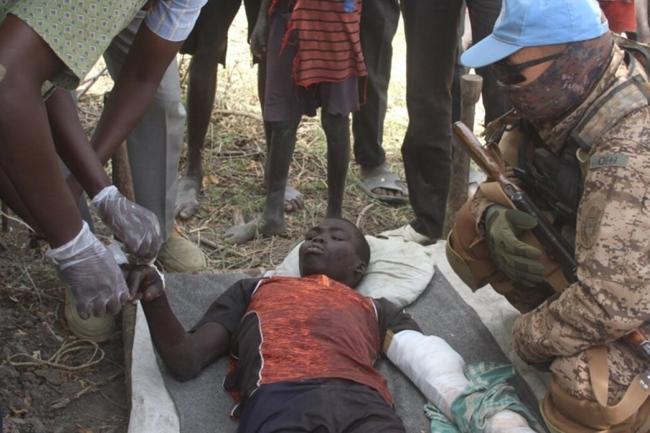 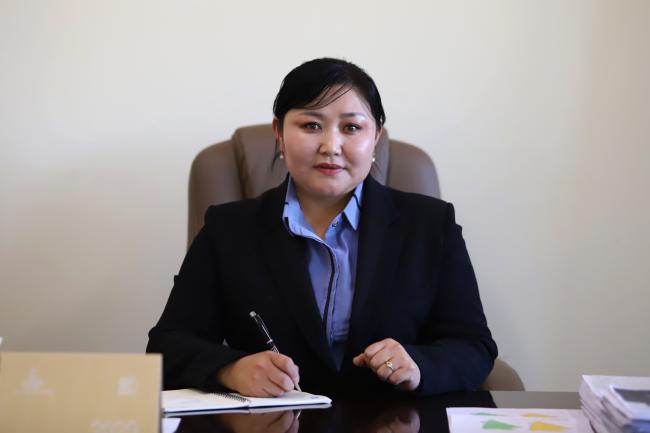