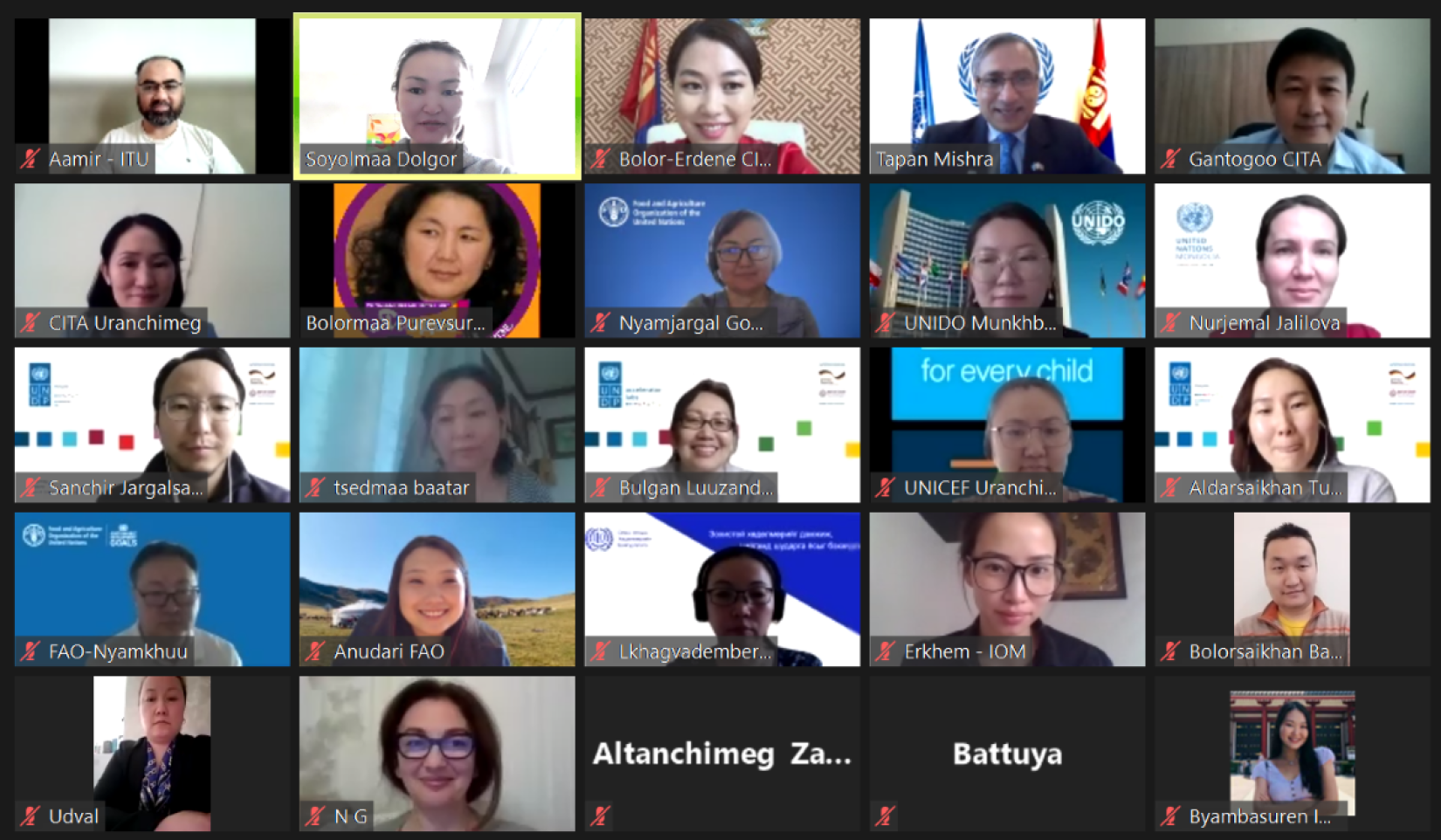 “This is the start of a long journey to enhance our cooperation in the digital transformation of Mongolia,” said Tapan Mishra, UN Resident Coordinator in Mongolia.

The United Nations has developed a set of recommended actions for its member states to ensure its people benefit from the development in the digital era. The global agenda for digital cooperation is outlined in the UN Secretary-General roadmap that is calling to connect all people by 2030; respect human rights online, and protect the most vulnerable from the potential perils of digital advancement.

This has become one of the key priorities for the UN in Mongolia as the country also strives to become a digital nation.

At the meeting, we had an opportunity to learn the ambitious digitalization agenda by the Mongolian Government, presented by Ms Bolor-Erdene Battsengel, chairwoman of the CITA.

“Mongolia strives to be a digital nation,” said Ms B. Bolor-Erdene. “The Vision 2050 – Mongolia’s long-term development policy embedded digitalization in its all chapters.”

Mongolia sets six goals to become a digital nation. This will start with the infrastructure that connects its people throughout the country as COVID-19 revealed the weaknesses of its network connectivity. Strengthening digital governance will be on high priority to improve public service delivery to the citizens. The government offers more than 590 services, 330 of which are now available online.

Digital development will also be working to strengthen the cybersecurity system in Mongolia. Cybersecurity law is being developed to make the country stronger in the protection of its population data.

The Government’s goal is to improve the population’s digital literacy to tackle the digital divide and ensure no one is left behind. Currently, it identified four major segments that are likely to be left behind: people in remote areas, elderly people who often tend to be victims of digital and online fraud, people from poor and marginalized strata of society, including people with disabilities and less educated people. The agency sees the need to accelerate digital education to match the high demand for skills in the ICT sector in the future.

Lastly, Mongolia will pay attention to innovation and production of digital contents to better promote the country internationally and diversify the economy. For this, Mongolia will aim to accelerate digitalization in all sectors.

Ms B.Bolor-Erdene highlighted that there are many areas where Mongolia can cooperate and coordinate its efforts in order to achieve high efficiency in resource mobilization and experience sharing. Learning about the current engagement by the UN agencies in Mongolia in the ICT sector and the e-Mongolia initiative, Ms B.Bolor-Erdene noted the importance of better coordination with the donors.